A fruity mild-dry rosé with aromas of raspberry, wild berries and strawberry.

With BREE you put design on the table!

About the winery Peter Mertes
Peter Mertes winery was founded in 1924 by winemaker Peter Mertes. The company was founded in the small village of Minheim on the Moselle.
The van Mertes family has been growing grapes on the Moselle for more than 600 years, but Peter Mertes thought it was time to start producing under the Mertes family name.
The basis of its quality wines originated between the famous wine regions of Bernkastel and Piesport on the Moselle.
In the 1950s, the extension was expanded under the direction of Dr. Gustav Willkomm in the well-known areas on the Rhine (Nierstein, Oppenheim, Bingen, Mainz) and later in Palatinate.
Ten years later, the range was expanded with wines from the Rheingau. Today the wines can be found in all parts of Germany and in many countries around the world.
The vision of the time that Peter Mertes had in mind in 1924 is still very important to this day, continuing to deliver and guarantee the most optimal price, quality.
Peter Mertes has now grown into a company of several hundred employees. Peter Mertes is now represented in almost 60 countries around the world.

Sweet aromas of tropical fruit, notes of pears and peaches.

The brilliant and intense color of this wine comes from the indigenous Karmrahyut grape that defines its characteristic - "Karmir-hyut", which means "red juice" in Armenian. The aromas are equally powerful and evoke red fruits and rose petals. But on the
Add to cart
ArmAs Rose 2018
€13,95

The pleasantly balanced softness makes the wine ideal as an aperitif for summer cuisine
Add to cart
Voskevaz Rose
€10,95 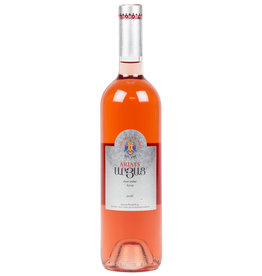 Gevorkian Ariats rose has an elegant pink color, a fresh aroma of wild flowers, a beautiful, slightly tart taste of berries enhanced with rich notes of raspberry and a long-lasting aftertaste. 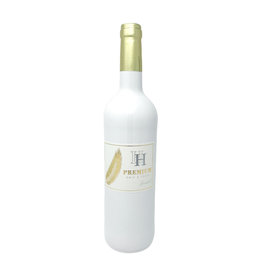 This BREE Rose Pinot Noir presents itself light, elegant and with a lot of fruity taste. Its sparkling rosé color and its fruity aromas are reminiscent of raspberry, red currant and strawberry.
Add to cart
BREE Rose 250ml
€2,75
Please accept cookies to help us improve this website Is this OK? Yes No More on cookies »